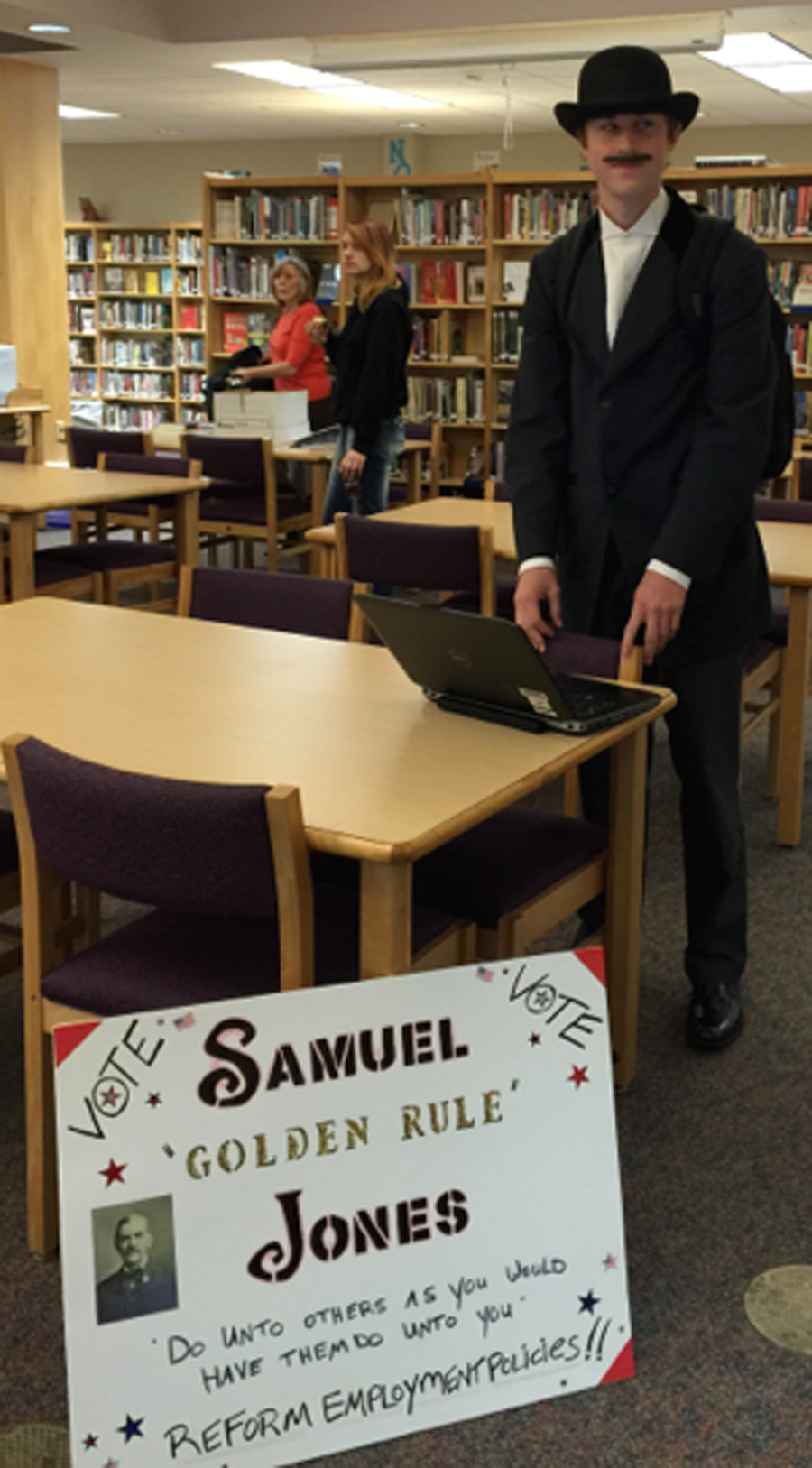 Jane Addams
This founder of Hull House fought for the rights of poor and immigrant workers.

"The good we secure for ourselves is precarious and uncertain until it is secured for
all of us and incorporated into our common life."

Michael Bloomberg
This former Mayor of NYC advocates gun control, as well as bans on smoking and soft drinks.

"I have a reputation of being a straight talker."

"Intelligent discontent is the mainspring of civilization."

John Dewey
This educational philosopher advocated for many reforms still in practice today.

"We only think when we are confronted with problems."

"The cost of liberty is less than the price of repression."

"I am in the labor movement and I speak my own piece."

"The most unpardonable sin in society is independence of thought."

Samuel Gompers
He was an American labor union leader who fought for worker's rights.

"Show me the country that has no strikes and I'll show you the country in which there is no liberty."

William "Big Bill" Haywood
He was a union leader in the IWW.

Mother Jones (Mary Harris)
She fought for miners’ rights and against child labor.

"Whatever your fight, don't be ladylike."

Samuel "Golden Rule" Jones
He was the Mayor of Toldeo....

Hellen Keller
Famous for overcoming her disability, she was also a socialist and women’s suffrage worker.

Robert "Fighting Bob" LaFollette
He was a Wisconsin political leader and labor refomer.

"Every nation has its war party. It is commercial, imperialistic, ruthless. It tolerates no opposition"

Aldo Leopold
A naturalist, he supported preservation of the environment.

"One of the penalties of an ecological education is that one lives alone in a world of wounds."

Bill McKibben
He advocates recognition and response to climate change.

"We must strive to become good ancestors."

Carrie Nation
Prohibitionist who used radical tactics for her cause

"Liberty thrives when government is small."

Pope Francis
This leader and reformer in the Catholic Church addresses poverty, worldwide.

"A little bit of mercy makes the world less cold, and more just."

Diane Ravitch
She is a modern education reformer.

Jacob Riis
This photographer devoted is career to capturing the conditions of urban poor.

"The slum is the measure of civilization."

Paul Ryan
Wisconsin Congressman, advocating to limit the size of government and balance the budget.

"Every successful individual knows that his or her achievement depends on a
community of persons working together."

Margaret Sanger
She advocated for women's rights and birth control.

"I aimed at the public's heart, and by accident I hit it in the stomach."

"The world is wrong side up. It needs to be turned upside down in order to be right side up."

"I shall allow no man to belittle my soul by making me hate him."

" We want to empower women to do exactly what they want, to be true to themselves, to have the opportunities to develop.”

"Brave men do not gather by thousands to torture and murder a single individual, so gagged
and bound he cannot make even feeble resistance or defence."

"No house should ever be on a hill...It should be of the hill. Belonging to it."